June 6 – Day 1 – Arrived in at Cusuco National Park in Honduras where I will be operating as an Ornithologist for the summer field season. Currently seven of the ten team members are present. The final three will be arriving during week 2. Broke my smaller, lens upon arrival when my bag spilled open. Bugger.

June 8- Day 3 – Learning mostly by ear than by sight. Can only keep a few species in my head at a time as my head is quite muddled. Came down with what I thought were allergies that transformed into a fever and sore throat. I’m going birding anyway.

June 13 – Day 8 – Project developed. I’ll be exploring three additional methods in my research (incidental camera trapping, nocturnal point counts/transects, and opportunistic sightings). I’ve been working with the ornithology team lead, the biodiversity coordinator and the stats team to develop a sound and exciting project. (I hope). The goal is to figure out the relative amount of time to pursue each method to rapidly inventory the avifauna of an biologically unknown cloud forest.

June 16 – Day 11 – Training is over. Tomorrow the team splits and the real work begins. I’ll be spending the week (week 2 per the official schedule) in Base Camp running the lectures and completing point counts and opportunistic sightings.

June 17 – Day 12 – Teams have departed to Capuco, Guanales, and Cantiles – various camps throughout the park. 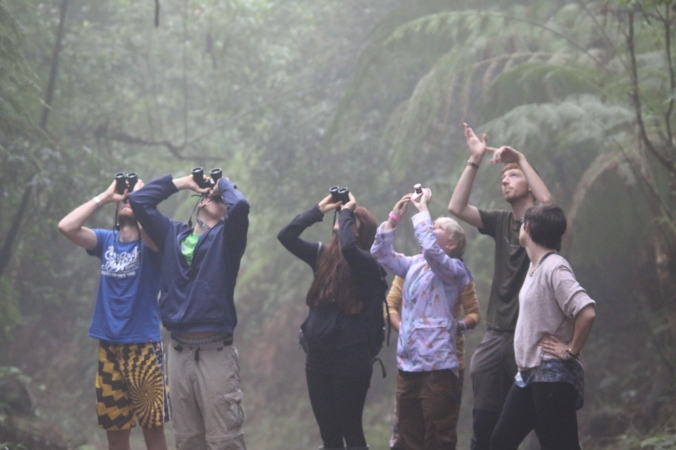