Was an epiphany I had the other week.  As I’ve birded this May, I’ve tallied lifer after lifer.  After my birding on May 1st where I was impressed with five lifers, I’ve broken that record several times.    Unless I visit/move to a new and distinct region, I’m not going to so easily accumulate life species with a single excursion.  I’m getting spoiled.

On Monday, our party grew to five for the final outing to Garrett Mountain.  It was a very pleasant excursion.  The weather started off threatening and dismal, but cleared to a very pleasant May morning.  (Initially it was so foggy, we couldn’t spot a single pigeon when overlooking an entire city!)

We met up at 8 and accomplished 4 hours of birding before we all had to depart for the duties of our daily lives.  (In my case, packing for Saturday’s move!)

Driving in I missed the parking lot entrance due to the call of a strange bird and the fog, so I had to do a full loop around the park in order to return as it’s all one-way driving.  But in doing so I picked up the sneaker squeak of a Rose-breasted Grosbeak..

In the woods by the pond, I got to see the Swainson’s Thrush AND the Gray-cheeked Thrush. Which made me very happy because the group picked these species up on a day when I was unable to bird.

Gray-Cheeked and Swainson’s Thrush pal around together.

At the pond, we located two sandpiper species. Woo! 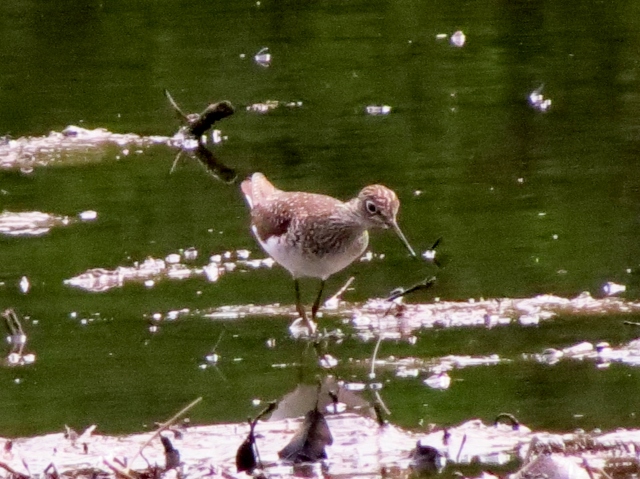 The Solitary Sandpiper is solitary. 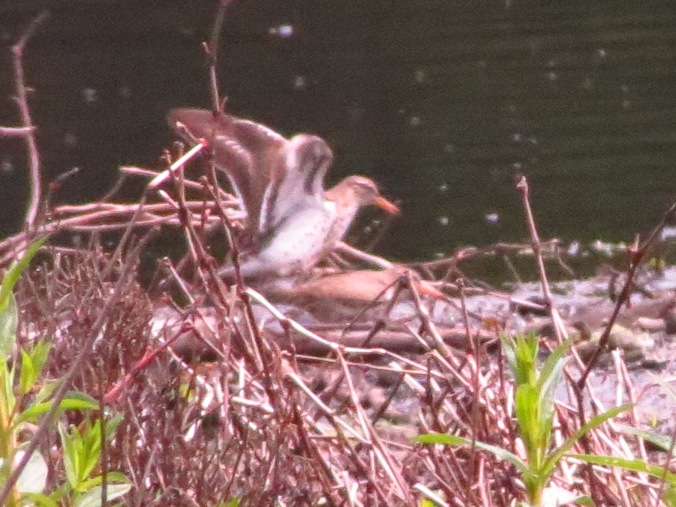 We also did very well with warblers, but less so with warbler pictures as in I have none.  We picked up Black-throated Green, Tennessee and Nashville hanging out (appropriate, no?), Canada, Wilson, AND a Connecticut Warbler.

All of which are lifers for me in addition to the two Thrushes.  8 lifers in a day. There will never be another day quite like it.

3 thoughts on “The Last Good Year”